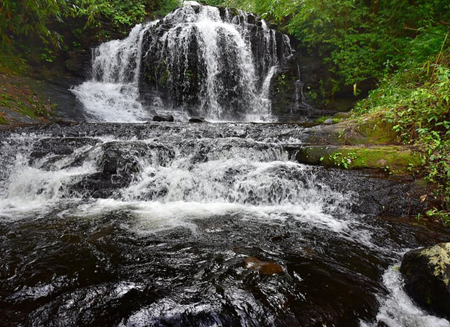 Day 1 Arrive in Cochin | Drive from Cochin to Munnar Land in Cochin Cochin is a significant port city, arranged on the west shore of Peninsular India. It is encompassed by the Arabian Sea on the west and Western Ghats on the east. This one of a kind area has earned Cochin a few eminent titles like 'Sovereign of the Arabian Sea' and 'Door to Kerala'. It is a perfect beginning stage for investigating the amazing grand excellence and age-old appeal of the state. When you reach Munnar, complete the registration customs at the inn. From that point, the rest of the day is free for relaxation exercises. Remain medium-term at the inn. Day 2 Sightseeing in Munnar After a loosening up medium-term remain, start your day and leave the inn for a touring voyage through Munnar. From undulating slopes to sweeping tea bequests, Munnar has a ton available for sightseers. This tranquil slope station is gave with differing scenes set apart by charming cascades, spouting streams, rich biodiversity and lavish greenery. Start your outing to the Eravikulam National Park, where you can see a few uncommon types of fauna and verdure, for example, the Mountain Goat and Neelakurinji, separately. Eravikulam national park will be shut for guests from 20 Jan till 31st March. We will do Kundla Dam and Top station on the off chance that Eravikulam National park is shut. Afterward, appreciate an agreeable medium-term remain at the inn. Day 3 Drive from Munnar to Thekkady Situated on the Western Ghats, Thekkady is well known for its normal holds and zest plantations.The locale is a home changed creature species, including tiger, elephants, spotted deer, langur, sambar and wild pig. A voyage through Kerala is inadequate without visiting this spot offers plentiful open doors for relaxation exercises like a vessel ride on the Periyar Lake, outing to Periyar National Park and visit to flavor manors. Upon appearance, registration at the inn and unwind for quite a while. Investigate the renowned site of zest manors (Charges pertinent), which will restore your brain with its quietness and smell of various flavors, for example, pepper, vanilla, cinnamon and nutmeg. From that point, come back to your lodging for a medium-term remain. Day 4 Drive from Thekkady to Alleppey Have a sound breakfast and afterward look at from the inn to get moved to Alleppey. Alleppey or Alappuzha is known for its houseboat travels along the rural backwaters of Kerala. Upon appearance, move to the houseboat and afterward adventure out to see the shining Alappuzha Beach. Medium-term remain in Alleppey Houseboat. Day 5 Depart from Cochin Checkout and continue to the Cochin Airport to get onto the trip for your forward voyage.