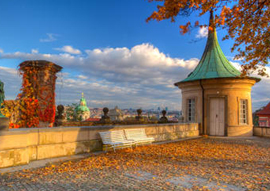 Day 1 Arrival in Budapest Welcome to Budapest, the capital of Hungary. Compositionally staggering Budapest is a visit de power of Hapsburg wonder, best refreshing over rich cream cakes in a ceiling fixture lit Gerbeaud café or a soothing steam in a Gellért warm shower. Past the glory of the Royal Palace and the Hungarian State Opera House, the city as has a dynamic, party-cherishing side. Free of its socialist shackles, a dynamic social inclination by and by streams openly down the Danube and over the city's amazingly structured avenues. Supper and a short time later you can resign to your lodging in Budapest for a medium-term remain.

Day 2 Orientation Tour of Budapest Appreciate delectable mainland breakfast at the inn. Continue for a direction voyage through Budapest. See the Parliament Building, Margaret Island, Fishermen's Bastion, the Royal Castle, and Matthias Coronation Church. Visit Heroes' Square which embodies the cutting edge capital, while along the riverbank you locate the old hotels and wine basements. Toward the day's end, appreciate home-style supper after which you will be moved to your inn in Budapest for medium-term remain.

Day 3 Onto Bratislava and Orientation Tour of Bratislava After mainland breakfast, leave the inn and continue towards Bratislava, the capital of Slovakia. Slovakia's young capital has changed itself from a generally unappealing spread of after war, Communist-period structures into a loose and lovely medium-measure capital in the range of minimal over 10 years. The city's minimal Old Town has been totally and amazingly redesigned. The greater part of the zone is confined to vehicle traffic, and in the nights it appears, the entire town unites to the middle for some espresso or a glass of wine. You will see Bratislava Castle, St. Martin's White House, Old Town Hall and Novy Most (New Bridge). Following a momentous day, appreciate scrumptious supper. Look into the inn and spend medium-term at the lodging.

Day 4 Onto Vienna and Orientation voyage through Vienna. Tranfer to Prague After mainland breakfast, settle up with the inn and continue towards Vienna. A spin of overlaid Hapsburg royal residences and great stops on the banks of the blue Danube make Vienna a fine city of sentiment. Convention and advancement walk connected at the hip: Strauss dances are as yet hip to 20-something ball-goers, and even the magnificent stables have been reexamined as the rambling and energetic Museums Quarter. The Viennese love gemütlichkeit (unwinding), so this city is to be relished not surged, regardless of whether you're enjoying a dull chocolate Sachertorte in a crystal fixture lit café or transcending the twinkling Prater in the Riesenrad Ferris wheel. Upon entry in Vienna, continue for the city voyage through Vienna. See the State Opera, Parliament, and the Town Hall, Heroes' Square. You will have a photograph stop at the popular Schönbrunn Palace and Gardens. Proceed with your voyage to Prague, the capital of the Czech Republic. The 'City of a Thousand Spires' has seen everything. Hundreds of years of Bohemian rulers, old style authors, attacking Nazis, Soviet tanks and Velvet Revolutionaries have ignored Prague's cobblestones, and the towers endure everything, making a standout amongst Europe's most sentimental and delightful horizons. At night, you will be taken for supper. Following a momentous day, look into the lodging and after that stay medium-term at the inn.

Day 5 Orientation Tour of Prague After a mainland breakfast at the inn, we continue for city voyage through Prague. The touring highlights milestones, for example, the Jewish Quarter, Wenceslas Square, Castle District, Charles Bridge, and the Old Town Square with the Astronomical Clock. By the day's end, appreciate home-style supper after which you can resign to your inn in Prague for a medium-term remain.

Day 6 Departure to Home This day denotes the finish of an astounding excursion. Look at from your lodging before you head to the air terminal for your trip back home.